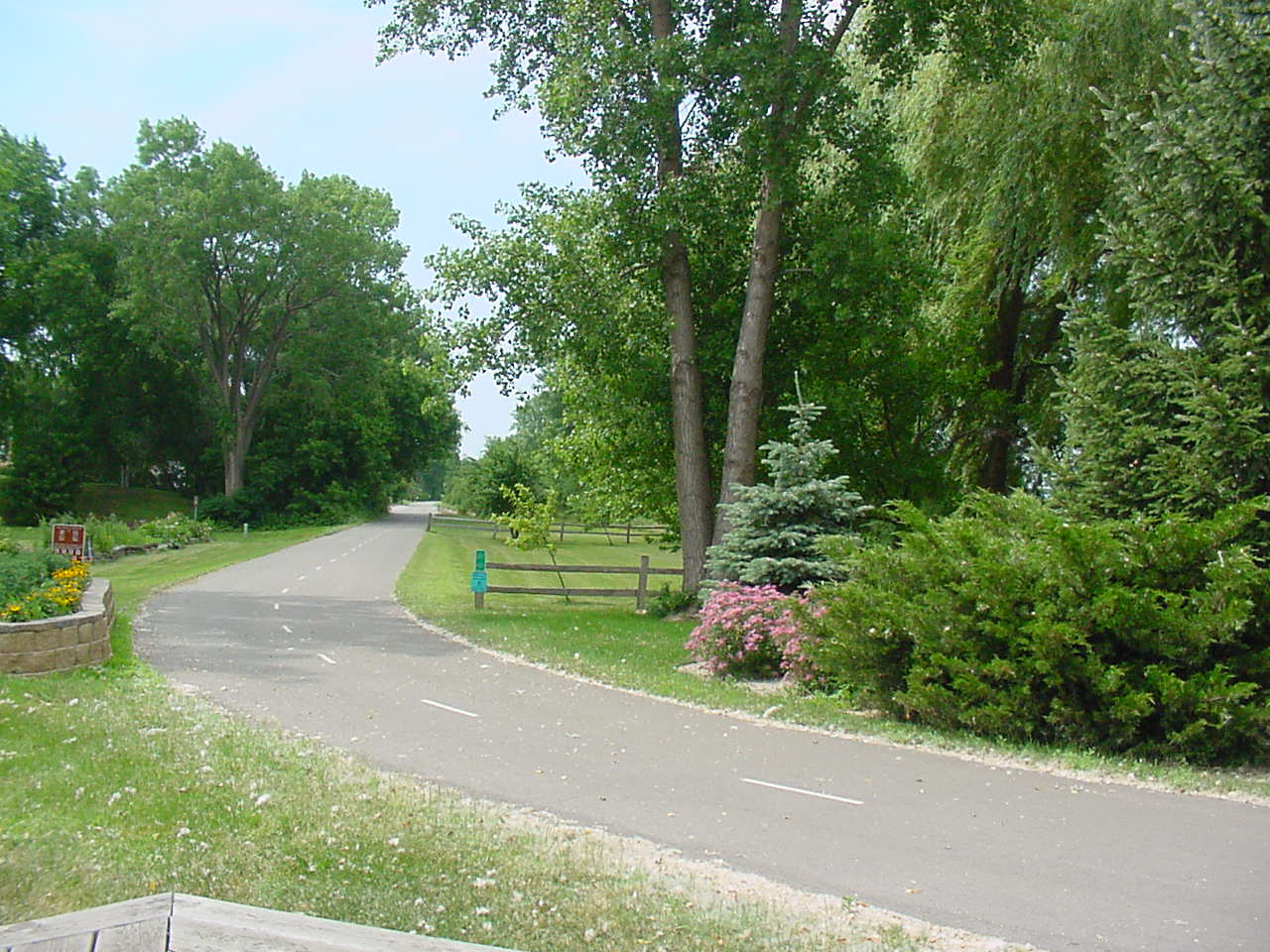 The Fox River State Recreational Trail stretches 20 miles from downtown Green Bay to the Brown/Calumet County line along a former rail corridor. The trail continues into Calumet County for additional miles. From the Trailhead, approximately 10.5 miles of the urban section of the trail is asphalt-paved to Lasee Road. From Lasee Road south to the county line the trail is surfaced with limestone screenings.

The Fox River Trail corridor has a rich history, beginning with the Native Americans who used footpaths to travel between their villages located along the river. The early French explorers, missionaries, and traders built their posts and missions along these trails. Later, a military road was built along portions of the corridor linking Green Bay to Milwaukee. In 1873, the Milwaukee and Northern Railway Company purchased the corridor and the first trains began making regular runs between the Green Bay and Milwaukee markets. Trains would continue to run on the corridor for the next 116 years as ownership passed from one railroad to another. In 1989, regular rail service was discontinued, signaling the end of one era, and the beginning of another with the development of the Fox River Trail.

In 2001, a collaborative effort between the Wisconsin Department of Natural Resources and Brown County Parks was formed for the development of the Fox River State Trail.

Trail Pass Required:  An annual state trail pass or daily pass is required for anyone 16 years of age and over to use the trail for: bicycling, in-line skating, skateboarding and horseback riding. Walking is free. Passes are available online, at trail kiosks along the way, from the park office, or from one of our many vendors in the community. All funds are deposited to a segregated account and are used solely for trail maintenance.

Walking, Bicycling, In-line Skating & Skateboarding: The trail consists of 10.5 miles of smooth asphalt surface and 9.5 miles of packed limestone surace which makes it an ideal location for all of these uses.

Horseback Riding:  The southern portion of the trail, south of Highway 96 in the Village of Greenleaf allows horseback riding on the gravel surface.

Dog Friendly:  We welcome the second half of your family on the trail, as long as they remain on a leash 5-foot or less and owners must carry a waste pick-up bag with them at all times.

Motorized Vehicles including ATV's and off-road motorcycles are not permitted.

Winter Activities
A portion of the paved trail, between Green Bay and Heritage Road in De Pere, are plowed. Users should use caution and be alert for slippery condtions.

The limestone and paved portion which remain unplowed are open to cross-country skiing, winter biking, and snowshoeing, however, the trail is not groomed and users must share the trail with snowmobilers south of Greenleaf.

Snowmobiles are permited on the trail from Fair Road in Greenleaf, south to Man Cal Road. No snowmobiles or motorized vehicles are allowed on the asphalt trail segment. Please check with Brown County Parks before heading out to the snowmobile trails to make certain they are open.

Directions: The Trailhead of the Fox River Trail is located near downtown Green Bay at the junction of Porlier Street and Adams Street, just south of the Mason Street bridge. Parking near the trailhead is available on Adams Street, and on weekends in the lot located under the Mason Street Bridge. Parking is also available at the Fox Point Boat Launch facility, Voyageur Park, Bomier Boat Launch and the corner of Klaus and Follett Streets in Greenleaf.